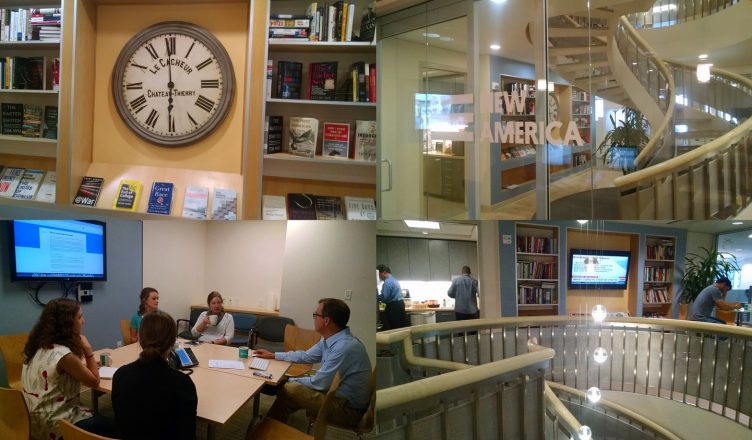 I have to admit: I had no idea about New America think tank. When World Learning Senior Program Manager Vlad Spencer told me that New America is one of the most dynamic think tanks in terms of digital communication, I did not show much enthusiasm. But I am extremely glad that I had the opportunity to dispel my skepticism by spending 10 days at this creative and proactive think tank.  Recently New America  earned  a Think Tank of the Year award in the U.S. social policy category from the London-based Prospect magazine, which called New America’s work “ambitious” and “wide-reaching.” 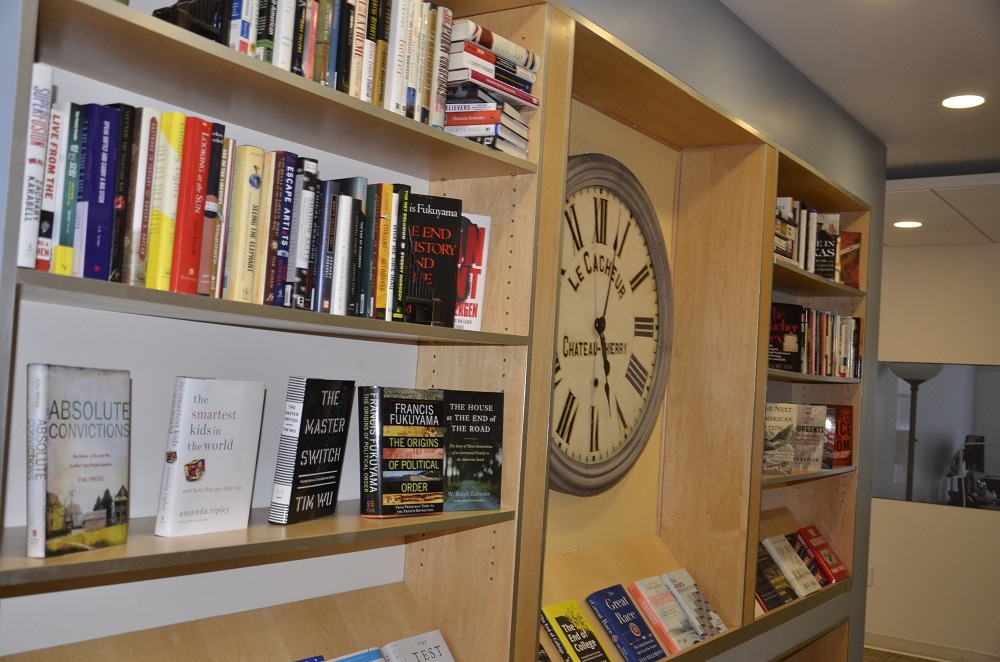 New America unofficially placed its analytical center somewhere in the middle of other think tanks. This so called “middle” think tank, however, has a wide array of programs and undertakings, a budget of roughly $20 million,  and a staff of 140 employees, including 14 on the communications team, around 30 experts working in the different, 30 fellows and an administrative staff! Most of them are located in the organization’s headquarters in Washington, and some are in New York. Next up is the opening of the office in San Francisco.

There are 6,681 analytical centers operating in the world. The U.S., of course, boasts more than any other country. – 1,830, including 400 in the analytical “Mecca” that is Washington, DC. Why would anyone want to set up a new one in 1997? Michael Lind, the co-founder and lead expert of New America, Policy Director, Economic Growth Program and a famous writer, explains:

“We just thought there would be a niche for an institution where most of the people were not 50- or 60-year-old former government officials waiting to go back into the government. It wouldn’t be a lobby for some economic interest, be it corporate or labor unions, and it wouldn’t be particularly partisan. One could lean more to one party or another on particular issues, but uh, it wouldn’t be a Democratic think tank or a Republican think tank. And we’ve done fairly well in maintaining a reputation of relative non-partisanship think tank.”

What makes New America stand out? It is the center’s long-term approach. New America’s goal has always been to think about the next generation. Specifically, the Fellows program has been implemented with the purpose of promoting the next generation of public intellectuals, academics who write for a larger audience or journalists who can do more scholarly work. Keeping the conversation between the media and policy-makers and universities alive has proven to be much more difficult in the last 15 years, one of the reasons being the evolution of universities in the US and the media. Nevertheless, it has always been about helping produce the next generation of thinkers and reformers and experts, and dealing with the next generation’s problems, rather than winning the next election in one or two years, and having a program for that. 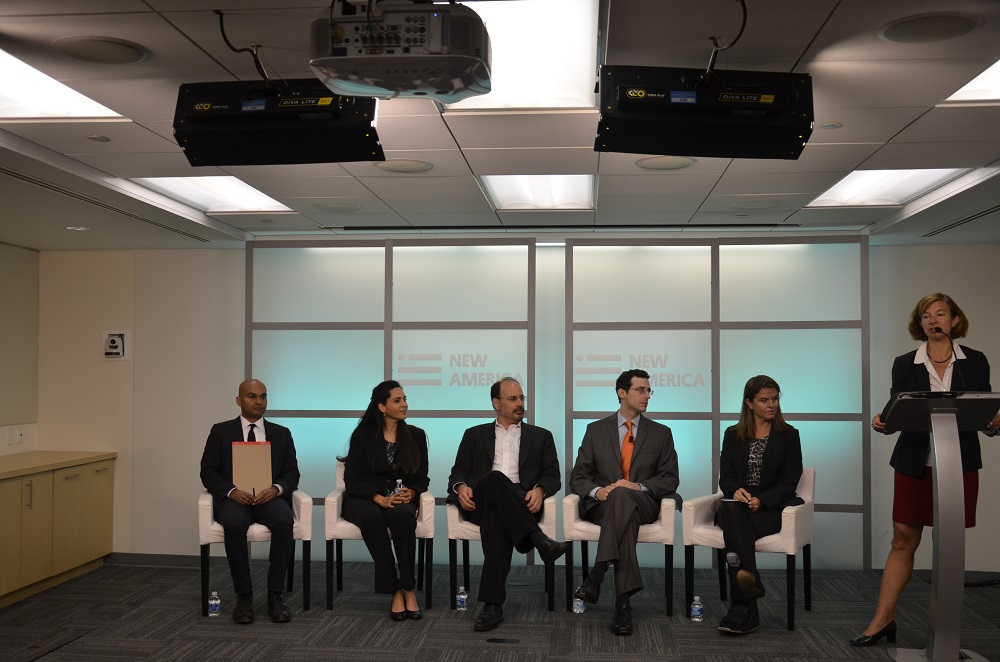 My direct supervisors during fellowship were Emily Tamkin (Emily knows Russian as she received her bachelor’s in Russian Literature from Columbia and her master’s in Russian and East European Studies from Oxford), who is responsible for the social media and weekly digest, and Fuzz Hogan– managing editor, who leads Editorial, Events and Communications Department in New America. Fuzz is a former CNN journalist. He  decided to join New America two years ago was because this think tanks is among the leaders in using digital tools in its work. Having such an incredible background, both decided to join New America team, because there are real instruments to influence on policy issues.

Among them, there are 12 people within the department: 2 people working with audio-video, 3 for events, and the rest for editing and com 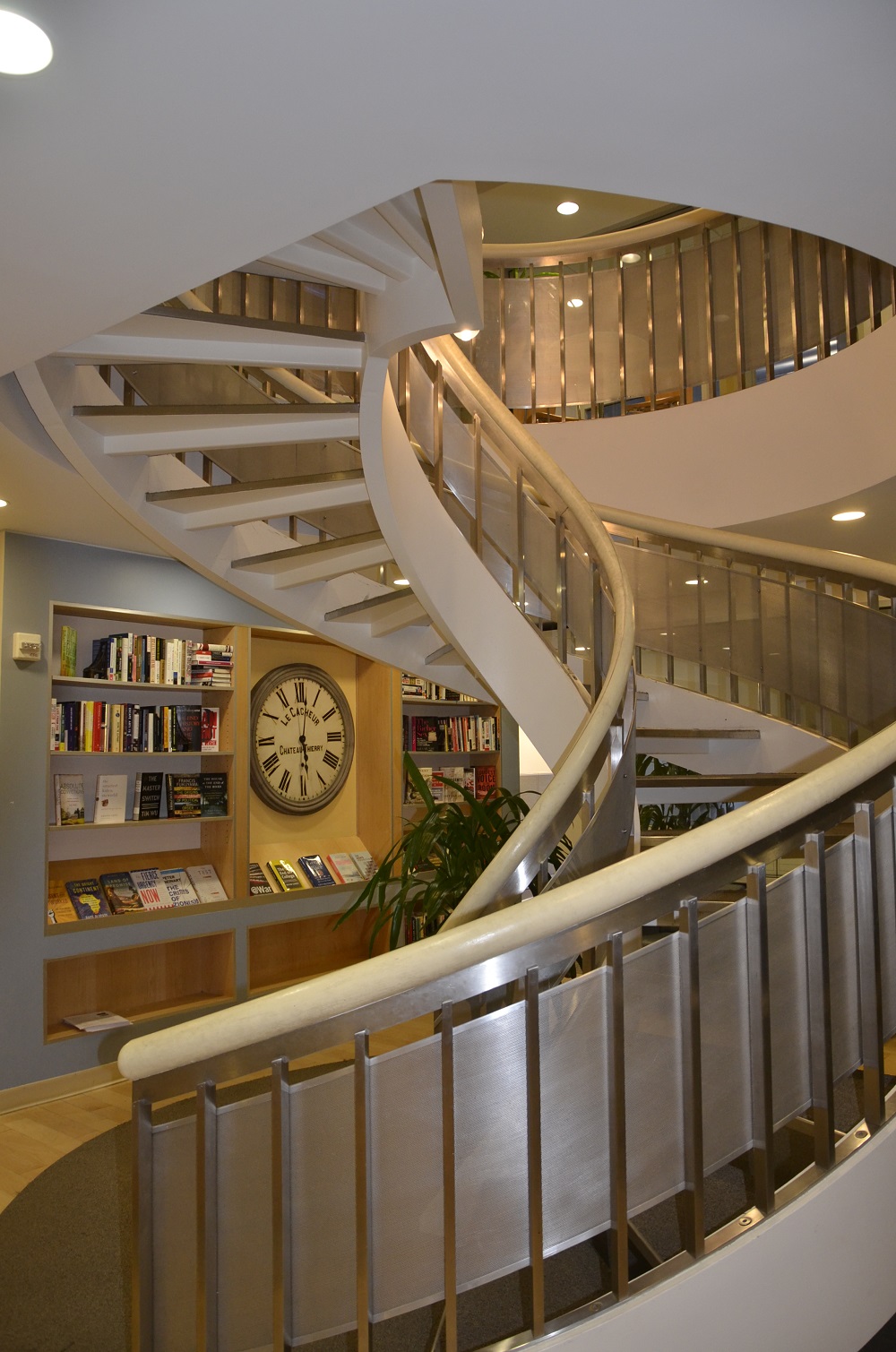 munications tasks. The communication team has meeting once a week where they discuss all future events and plans. There are also a monthly general meeting with the Programs experts and fellows.

Some astonishment communications facts to be proud

– 3 million minutes of YouTube video has been watched; in total, there are over 300,000 views.
– The number of Twitter followers has grown 45% with 39,000 people viewing our content every day.
– Facebook likes have shown a 56% growth with more than 700,000 users viewing the content in their newsfeeds.
– Over the past year and half, @New America-led hashtags have trended a number of times, becoming one of the most popular tags on Twitter at a specific moment.

In 2014, New America intensified its effort to renew America in the digital age. “Equal parts think tank, technology lab, public forum, and media platform, New America has been a key player in five critical conversations at the heart of today’s policy debates. Our ideas are generally “prepartisan,” sufficiently ahead of the political curve that they generate debate, support, and opposition across party lines” – the first annual New America report says.