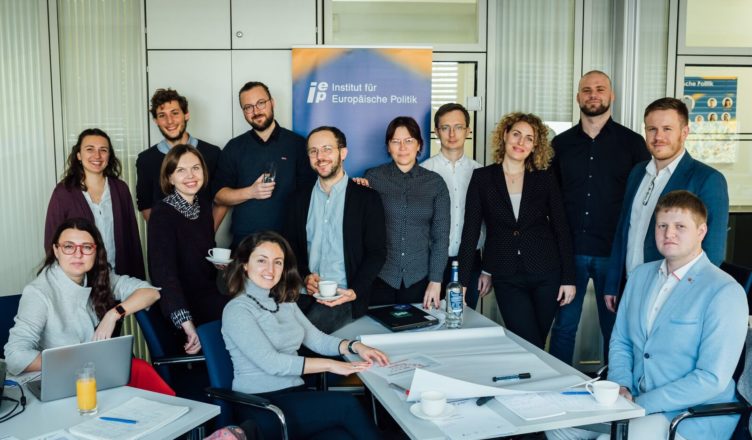 Think tanks in Ukraine are key civil society actors whose analytical work makes an important contribution to the promotion of democratic processes. Through their direct work on drafting laws, co-designing state policies, monitoring, and control, they are able to accompany the political process and make it more transparent. As part of civil society, they form the bridge between society and political decision-makers, communicate ideas, inform, clarify, and thus contribute decisively to pluralism of opinion and thus strengthen democracy in general. In addition, they act not only nationally, but also transnationally. Through their policy-oriented and up-to-date analyses of political and social developments in their countries, think tanks can contribute to an improved understanding across borders and provide perspectives on international discourses.

Based on these premises, the project “German Ukrainian Researchers Network” (GURN) aims to promote professional exchange between experts from German and Ukrainian think tanks and enabling junior researchers to feed their practice-oriented scientific results into the social and political discourse of both countries.

Goals of the project:

The project targets junior and senior researchers at German and Ukrainian think tanks and universities, who wish to strengthen their professional expertise in practice-oriented research and want to implement (joint) research projects with a thematic focus on Ukraine.

The „German Ukrainian Researchers Network“ (GURN) is a project of the Institut für Europäische Politik e.V. and builds upon the previous project „Platform for Analytics and Intercultural Communication“ (PAIC, 2017–2019). The project is implemented in cooperation with the Ilko Kucheriv Democratic Initiatives Foundation (DIF, Kyiv), New Europe Center (NEC, Kyiv) and the think tank Initiative think twice UA (Kyiv), with the support of the German Federal Foreign Office.

Coronavirus control after April 24: the greatest effectiveness at the lowest cost

Think-tanks in Ukraine and Germany: challenges and prospects of cooperation

‘Ukraine: the dynamics of cross-cutting cleavages during quadraple transition’ in Crises in the Post-Soviet Space