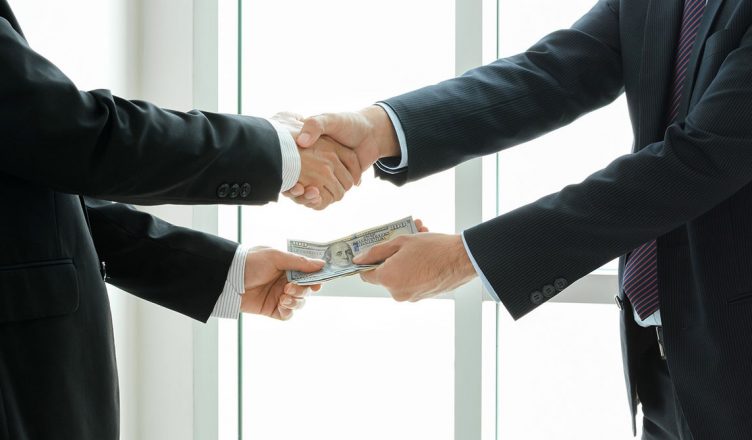 Often associated with bureaucracy and corruption, government oversight has been a major burden for businesses in Ukraine. In a survey conducted by the Institute for Economic Research and Policy Consulting based in Kiev, owners and managers of small and medium enterprises reported spending extensive amounts of time on official inspections and paying sizeable fines even for trivial mistakes. Ukrainian Parliament made some legislative changes that intend to curb the mandate of government control bodies and to put businesses in a more fair position. However, the adopted laws hardly affect the tax authorities – the main source of problems with inspections. And the fines for certain violations that were increased simultaneously with adopting the changes to the oversight rules make doing business in Ukraine more risky.

Inspections by government control authorities have been putting significant pressure on businesses in Ukraine, especially on small and medium enterprises (SMEs). The reasons for this are not only the interruptions caused by the visits of government officials and the time-consuming duration of these inspections, but also the fact that businesses face extortions for bribes and unjustified fines when being inspected. This problem had been so serious that it compelled Ukraine’s government to introduce two years ago a moratorium that prohibited inspections of some businesses – the ones with the smallest amounts of income.

But even with this moratorium in place, Ukrainian business sector reported spending significant amounts of time and money on government inspections. In the Annual Business Climate Assessment (ABCA) survey1conducted by the Institute for Economic Research and Policy Consulting as a part of the USAID Leadership in Economic Development (LEV) Program, 49% of Ukrainian SMEs said they were inspected by a government body in 2015. These inspections took up to 14 days per year for a business on average, which means thatbusinesses spent around 2 weeks of their operation time on dealing with the officials. One out of three inspections, as was shown by the survey, resulted in paying fines. And these fines are quite substantial.

An average sum of an inspection-related fine, as calculated based on the ABCA survey, was 21,550 Ukrainian hryvnyas (around EUR 850 in 2015). This is a significant amount of money in Ukraine, especially for smaller firms. Sometimes, paying a bribe to an inspector is a cheaper and faster option, which makes government inspections a corruption hazard. Moreover, the fines can be arbitrary and unwarranted. Some entrepreneurs said in the ABCA survey that tax authorities demanded a fine by referencing the “planned sums” of collected fines that they were determined to obtain from businesses. Others described how they had to pay a fine because of new regulations taking effect too soon or because they failed to comply with a minor or formal rule.

Therefore, in November 2016, the Verkhovna Rada of Ukraine took a long-awaited decision to modify the legislation on state oversight with the purpose to make the inspections more ordered and transparent. The new laws limit the frequency of inspections to one inspection of a business for one government agency per year, and its duration is limited up to 15 days for small enterprises and up to 30 days for others. The laws also introduce an integrated online database of all cases of inspections in Ukraine – the public will therefore be able to track inspections and see related documentation.

According to these laws, government control bodies are also obliged to interpret vague language of legislation in favor of entrepreneurs – a measure that intends to reduce discretion and misapplication of sanctions by the oversight agencies. And business owners got a right to refuse access of an inspection to their enterprise if the legal requirements are not met. Moratorium for inspections was renewed again for the coming year, however, with a long list of government bodies exempted from its scope.

The most notable exception from the moratorium and from several key restrictions in the new oversight legislation is Ukraine’s State Fiscal Service, which carries out tax inspections. The State Fiscal Service is still allowed to inspect SMEs that do not belong to the category of the smallest businesses. Yet, entrepreneurs that fall under the scrutiny of tax agencies in Ukraine report higher frequency and bigger sums of fines paid as a result of their inspections. According to the 2015 ABCA survey, 43% of the businesses that were inspected by tax authorities had to pay a fine, and the average amount of the fine was 25,603 Ukrainian hryvnyas (around EUR 1,000).

The Business Ombudsman Council, the non-government institution that represents the interests of Ukrainian businesses in the government bodies, reported that almost half (49%) of all complaints they received from businesses in 2016 were about tax authorities. And the results of the American Chamber of Commerce Corruption Perception study in 2016 demonstrate that 56% of the polled Ukrainian business executives named tax and customs authorities among the “most corrupt” institutions in the country.

Ukrainian tax system needed a comprehensive reform, and the Parliament of Ukraine followed the laws on state oversight with the new legislation that was specifically focused on tax authorities and tax administration. It introduces some changes to the procedure of tax inspections: they are to be carried out only by central or regional authorities and should be preceded by a published annual plan of inspections. The new law makes the “online taxpayer’s office” a fully functional and legal means of transferring documentation, thus decreasing personal contacts between entrepreneurs and public officials. Plus, it starts the process of launching a reformed financial police instead of the present-day tax police that are notorious for extortion and coercion of businesses. These amendments give businesses in Ukraine a better chance of fair treatment by tax inspections.

However, at the same time, Ukrainian businesses found themselves under an increased corruption risk when the country’s Parliament dramatically increased the size of the fines for obstructing inspections that check enterprises for unregistered workforce. In December 2016, a mere month after voting for the laws that generally improved the system of state oversight, the Verkhovna Rada of Ukraine took a step back in deregulation by adopting the law that allows the government to penalize businesses with a fine reaching up to 320,000 Ukrainian hryvnyas (around EUR 10,500) if they deny access for these inspections. This is a hundredfold value over the minimum Ukrainian monthly wage.

This adds even more uncertainty to doing business in Ukraine. The unclear language of different laws adopted back-to-back – one allowing businesses owners to deny access for inspections and the other putting a severe cost on exercising this right – places businesses under a threat of misapplication of the regulations by the government control agencies. The business opinion surveys show that Ukrainian enterprises, in particular SMEs, will benefit from a consistent state oversight policy that will protect the rights of entrepreneurs and will prevent government bodies from unlawful practices and pressure on business.

1 The Annual Business Climate Assessment (ABCA) is a tool for monitoring and evaluation of the business environment, identifying barriers to the development of small and medium enterprises. Quantitative survey was conducted by the Institute for Economic Research and Policy Consulting in the framework of the USAID Program “Leadership in economic governance.” Period: November 2015 – January 2016. The sample is representative, 1827 enterprises. http://lev.org.ua/abca.html

About The Institute for Economic Research and Policy Consulting – Kiev

Deepening EU-Ukrainian Relations: What, why and how?