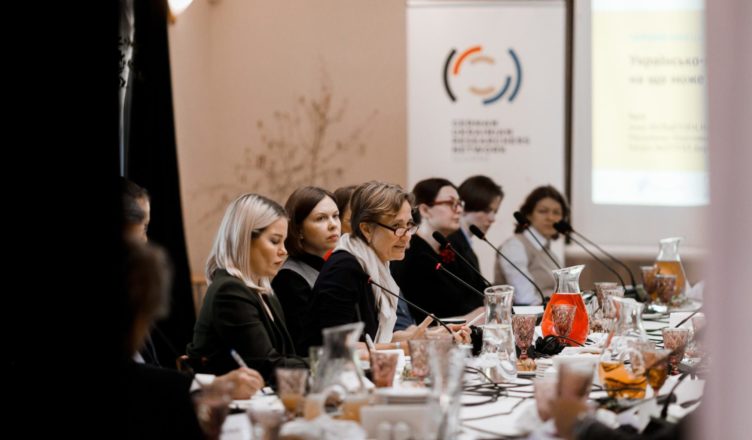 Ukrainian-German Relations 2020: What Can Ukraine Expect? This was discussed on March 12, 2020 at the first German Breakfast Debate in Ukraine, initiated by Institut für Europäische Politik (Berlin) in close cooperation with the New Europe Center (Kyiv).

The event was opened by project manager Lyudmyla Melnyk and director of the New Europe Center Alyona Getmanchuk. The Director of Institut für Europäische Politik, Katrin Böttger also welcomed the guests. Together with the speaker Anka Feldhusen, Ambassador of the Federal Republic of Germany, the participants of the event discussed important issues for the development of the relations between two countries. In particular, the internal situation in both countries and its impact on bilateral relations; challenges and priorities for cooperation; new opportunities for relations opened by Germany’s Presidency of the Council of the EU this year; successes and weaknesses in the implementation of the Association Agreement between Ukraine and the EU and the role of Germany in the Normandy format.

The discussion was moderated by Alyona Getmanchuk, Director of the New Europe Center. She noted that the importance of discussing this topic is due to several factors since many current events can affect changes in the relations between the two countries. 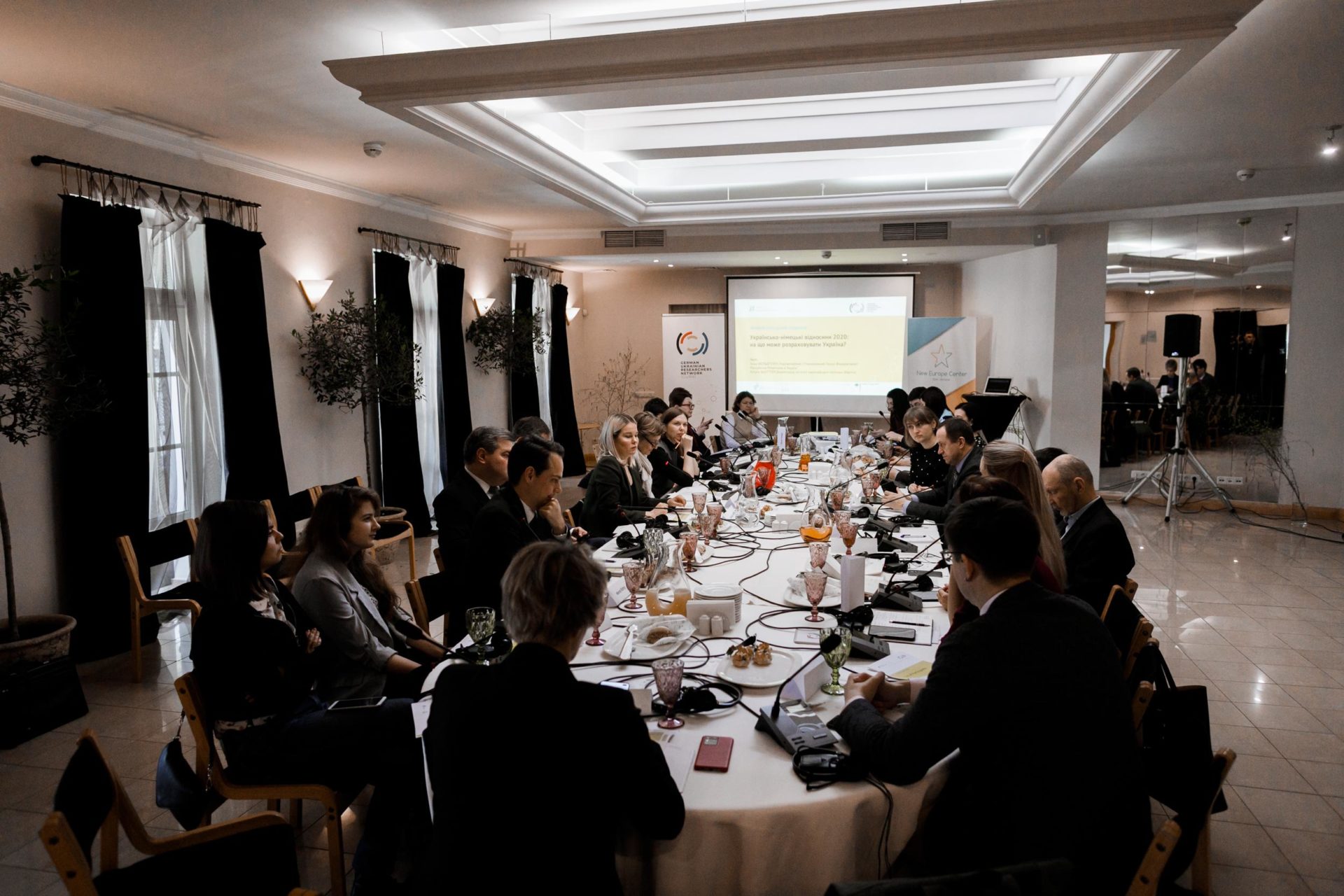 German breakfasts are a unique format that will now be held regularly in Kyiv. This is a continuation of the series of Ukraine breakfasts organized by Institut für Europäische Politik in Berlin since 2017.

“Today’s breakfast only confirmed that the demand and interest in discussing bilateral issues are extremely high,” project manager Lyudmyla Melnyk said after the event. “I hope that this Breakfast has laid the foundation for the beginning of the history of Germany Breakfast Debates in Ukraine, which in the future will become a formalized platform for expert dialogue. After all, constructive discussion of bilateral relations requires sustainability and certain predictability and is an important prerequisite for strategic relations building at both state and civic levels.”

German breakfasts were initiated to discuss the opinions of German experts and decision-makers in Ukraine and Germany and to establish a professional dialogue between experts from both countries. 17th Ukraine Breakfast Debate has already taken place in Berlin, at which experts from leading think tanks, NGOs, and diplomatic institutions had an opportunity to learn about important issues for Ukraine from the speakers. 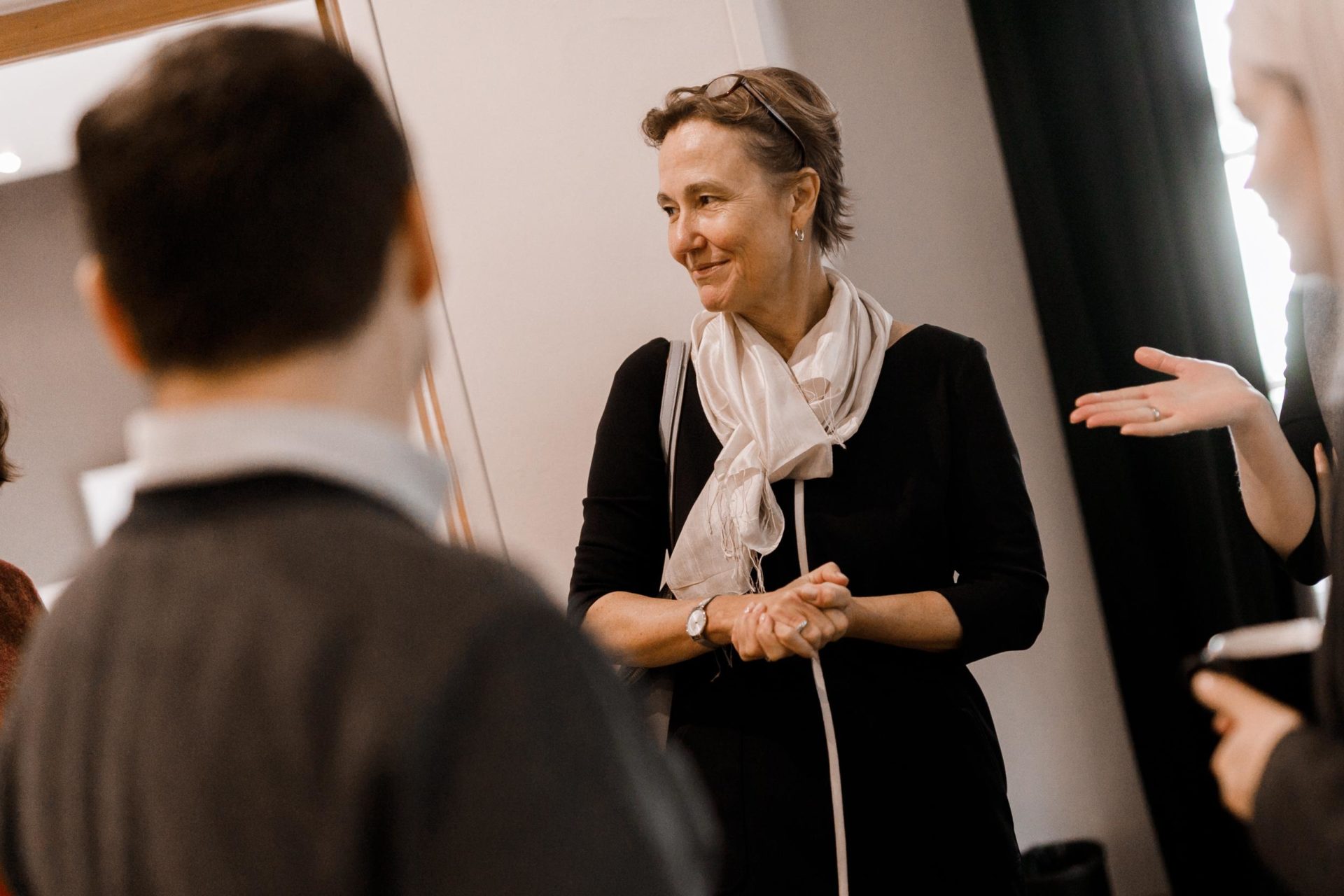 This event is a part of the project “German Ukrainian Researchers Network” (GURN). GURN aims to establish a German-Ukrainian network for senior and junior researchers, strengthening expertise in the field of policy analysis and promoting joint research projects. GURN is conducted in close cooperation with the Ilko Kucheriv Democratic Initiatives Foundation (DIF, Kyiv), the think tank development and research initiative think twice UA (Kyiv), the New Europe Center (NEC, Kyiv), and is kindly supported by the German Federal Foreign Office.

Researchers network in Ukraine and Germany!

The first Germany Breakfast Debate was held in Kyiv