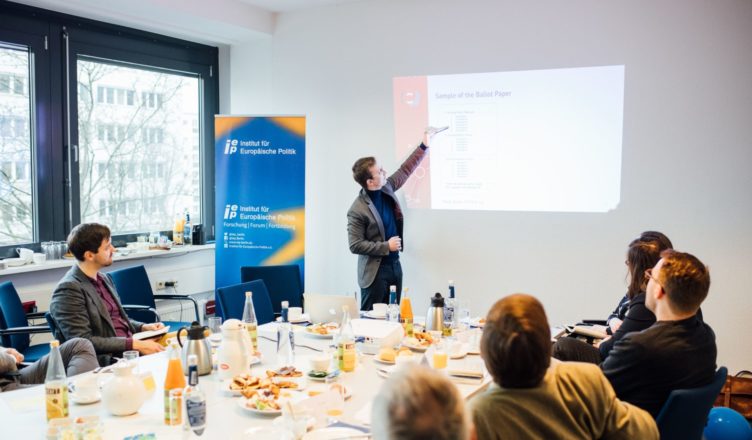 On March 6, 2020, Nazar Boyko, Head of the Monitoring-analytical group “CIFRA”, presented the current changes to the Electoral Code in Ukraine at the 17th Ukraine Breakfast Debate in Berlin.

Shortly before the parliamentary elections in Ukraine last year, the Verkhovna Rada voted for a new Electoral Code. This code introduces a comprehensive electoral reform and systematizes the rules for presidential, parliamentary, and local elections as has long been recommended by the Venice Commission. The code was finally adopted on 19 December 2019 after President Zelenskyi had returned it to Parliament for several amendments. Its key feature is the introduction of a proportional representation electoral system with so-called ‘open lists’. It is expected that the new electoral system will help resist political corruption and will enhance intra-party competition. The upcoming local elections scheduled for 25 October 2020 will be the first test-drive for the new system.

The 17th Ukraine Breakfast Debate’s topic was “Electoral reform in Ukraine: What changes and challenges does it provide for the upcoming local elections”. Together with the expert Nazar Boyko we took a closer look at the reform strategies for the electoral system and discussed the following points: 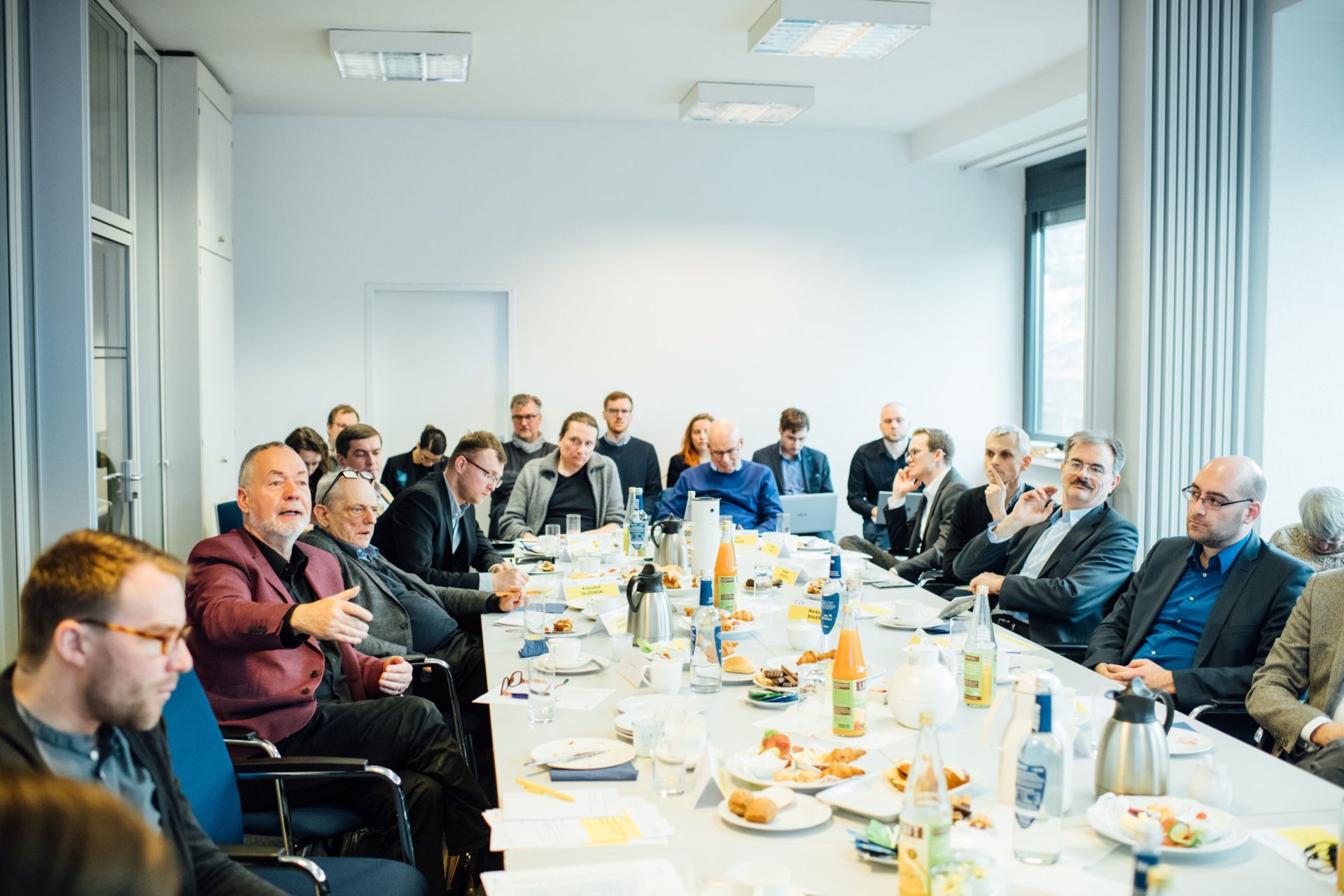 The guests had a variety of questions in regard to the Ukrainian electoral system, party lists, financing of political parties, gender quota, etc.

“It was striking that at the Ukrainian Breakfast Debate in Berlin, guests were prepared to listen and delve into many technical details related to the electoral reform in Ukraine. They have shown that they are not only interested in the speaker’s assessments but also in the mechanisms and incentives that underlie the new electoral rules”, shared the speaker Nazar Boyko.

The Breakfast Debate was held according to Chatham House rules, but after its finishing, Nazar made several important remarks about the reform in the context of Ukrainian society: “Ukrainians got used to frequent changes to the electoral law because this is one of our politicians’ favorite games. There is something else we should be worried about: The electoral rules continue to be reformed without proper discussion with the expert environment and without considering the potential consequences and risks. If the Electoral Code is left unchanged, then many surprises may appear for the next election.” 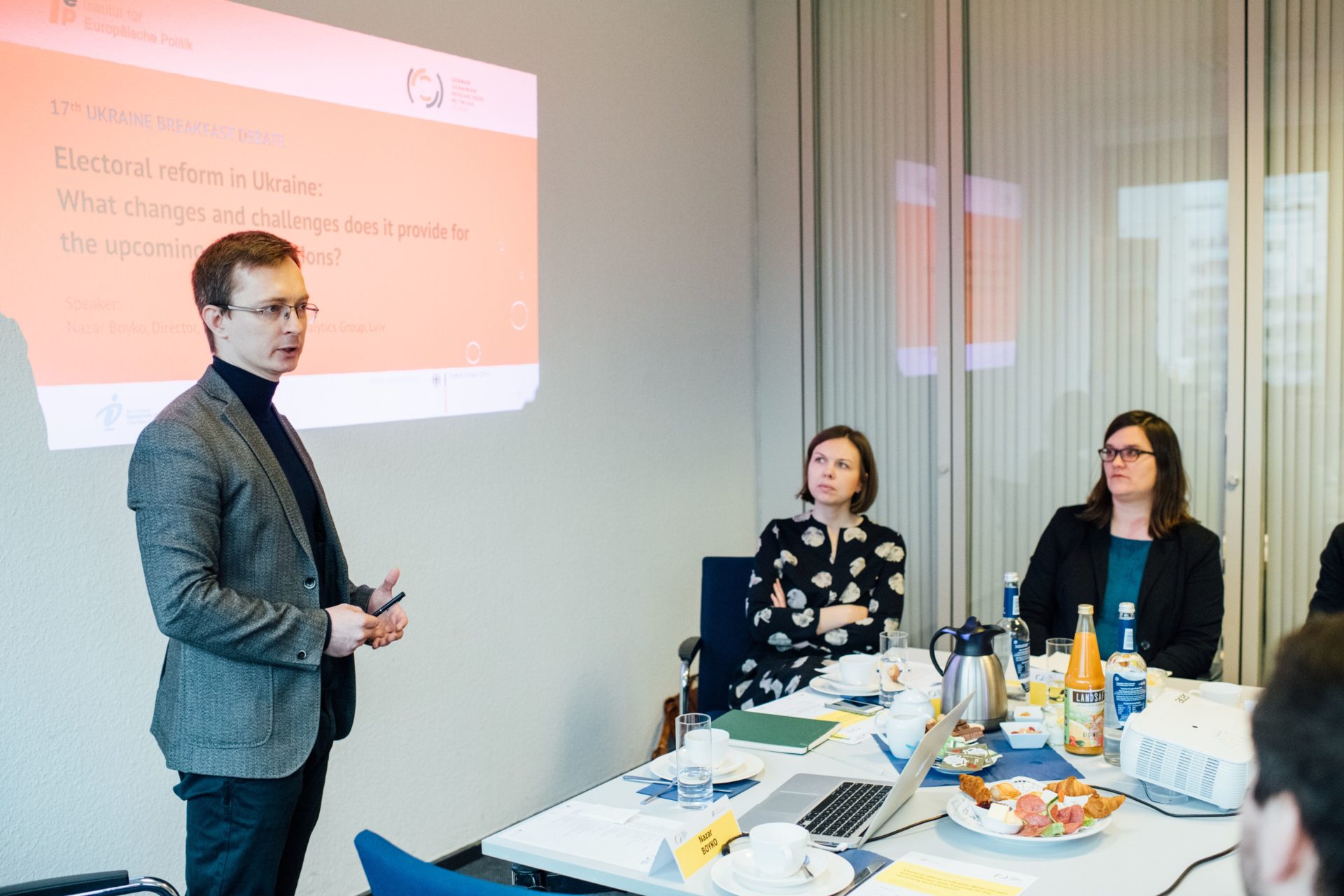 In addition, he emphasized that proper communication with donors is essential for effective implementation of the electoral reform. “Assistance from foreign donors plays an important role in the proper organization and conduct of elections in Ukraine,” Nazar Boyko notes. “Given the nature of the recent changes to the electoral legislation, I would recommend to direct those resources at educational work among voters and at measures improving the professionalism of the members of election commissions, in order for the former to have a better understanding of the voting procedure and the latter to understand the procedures for counting the votes and establishing the results. “

Project Manager Ljudmyla Melnyk underlines that the Ukrainian Breakfast Debate in Berlin is a unique format for discussing topics on Ukraine. “The regularity of the events and the relevance of the topics we pick are key to the format’s success. We do not always follow the mainstream of the German expert community, we also offer topics relevant to the Ukrainian one. A special feature of the events is our Ukrainian speakers: They share expertise and unique insights that are greatly appreciated by the German public.”